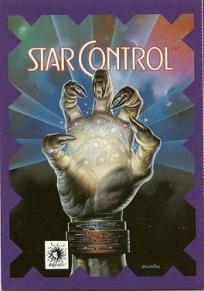 Video Game of the Day is a daily show available on Amazon Alexa devices and here on this website. Each day, we briefly discuss the history of a single game, randomly chosen. If you would like to listen on your daily flash briefing, you can enable Video Game of the Day here: https://amzn.to/2CNx2NJ.

Hello and welcome! My name is Katosepe and I’ll be your host for today’s Video Game of the Day.

I’ve gushed about my favorite game, Star Control 2, on this show before. The open-ended nature of that game, the hilarious writing and characters, the simple yet fun combat. Plus there’s the simple fact that it’s completely free with endorsement from the creators and IP holders! But I’ve talked about Star Control 2 before. I haven’t talked about any of the other games in this series, and perhaps for good reason. Today’s game is Star Control: Famous Battles of the Ur-Quan Conflict, Volume 4, better known as simply Star Control. Developed by Toys for Bob, Star Control released on the Amiga and DOS in 1990.

Despite its long name, Star Control is the first game in the Star Control franchise. The volume 4 moniker is likely a reference to Star Wars: A New Hope being Episode 4 in that series. Fans of the much more well known Star Control 2 or the more recent Star Control: Origins will likely be surprised by this original game. The open-galaxy adventures found in those games, the witty characters, interesting storylines, none of that is found in Star Control. Instead, Star Control is essentially just a battle simulator.

Star Control uses a simple to learn but hard to master combat system. You take control of a spaceship on a 2D, top-down plane. The controls are similar to the classic arcade game Asteroids. You turn your ship left and right and then can accelerate forward or backwards. If you or your shots hit the edge of the screen, they will wrap around to the other side. Each map also comes with some stars which act as gravity wells that must be contended with. Battles quickly become a dogfight to see who can better predict and understand the gravity on each map.

Players can use a number of different ships in combat from the zero-to-60 before you can blink Yehat Terminator to the slow and powerful Ur-Quan Dreadnought. Each ship has different statistics and methods for firing at the enemy.

There is a story to Star Control but it mostly comes down to lore rather than a plot for players to follow. The galaxy is at war. The Alliance of Free Stars is fighting to prevent the Ur-Quan Hierarchy from taking over the galaxy and forcing everyone to live under their rule. That’s it. Otherwise, the game lets one or two players pick their ships and duke it out on a map.

Star Control received moderate praise when it was released, mostly for being a fun multiplayer battle arena for a couple of players to compete in for a time. There was no real depth to the game and some reviewers found this to be perfect. These days, it’s hard to imagine this series known for its world-building and writing not having any depth but that’s how it was then. Star Control would receive ports for a number of different platforms including the Commodore 64, the ZX Spectrum, and the Sega Genesis. Toys for Bob would go on to create Star Control 2 only two years later and would then leave the series behind. These days, they are most well known for having created the Skylanders games as well as the Spyro Reignited Trilogy.

Thank you so much for listening! If you liked today’s episode, consider leaving a review for the show on Amazon. It really helps to spread the word and I always want to know what I can improve on. You can also follow me on Twitter @vg_oftheday for additional trivia about the games we talk about that don’t make it into the episodes. Don’t forget to check back here tomorrow for another Video Game of the Day!

To enable Video Game of the Day on Amazon Echo devices: https://amzn.to/2CNx2NJ

Devin "Katosepe" Sloane is a long time gamer and host of the show Video Game of the Day. He firmly believes Darklands is the pinnacle of gaming achievement and this is a hill he will die upon. Where his nickname came from is a secret to everybody.