License to Nil: Why Game Licensing Didn’t Work In The Era of the 2600

Licensing had a long and profitable history in virtually every industry prior to the home video era of the 1980s. Up until then, slapping a logo or face of just about any known IP was a license to print money. Peanuts began as a 1950s comic strip, but licensing ventures put Charlie Brown and Snoopy’s faces on lunchboxes, boardgames, t-shirts, TV cartoon specials and even sno-cone makers.

Charles Schultz created a legacy that endures today, and made him the richest man in his profession. The Star Wars movie franchise had a similar journey in the 1970s-early 80s, though it was primarily through toys and playsets. Spielberg’s E.T.: The Extra Terrestrial hit the motherlode of merchandising for its year, with ET’s face appearing on everything from shirts and backpacks to kitschy boxing puppets, netting millions for any and all that could successfully tie their product into the wrinkled little creature’s visage and adventures. 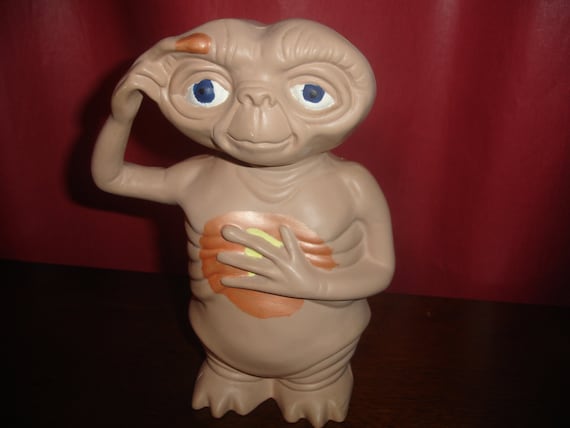 In the early 80s, it seemed the Atari 2600 was the unstoppable,  800-pound gorilla of the home video game market. Intellivision had better graphics and Colecovision had the [then] home-video-wonder of Donkey Kong with its mobile elevators. But the Atari VCS was the system everyone actually owned, with a selection so big it seemed you couldn’t swing a dead cat without hitting a 3rd-party game provider like Activision, Imagic, or their many wanna-be imitators. The selection of games was second to none in the industry, and it didn’t take long for entrepreneurs to see the potential of merging video games and popular television shows, music groups and movie franchises.

For every IP licensed Atari game like Superman, which won critical reviews and sold well, there were a dozen games like Journey:Escape, Texas Chainsaw Massacre and Porky’s, which bombed both with critics and at the cash register.

Game licensing franchises forgot a couple of important points with regards to marketing and advertising.

HEY! WE HAVE COOL T-SHIRTS! NOW LET’S BE COOL AND SEE THE MOVIE!

First: Licensing works because tribalism is everything. People went to see the 1989 Batman movie in droves, but not because they had confidence Keaton would deliver an amazing performance. The ‘cool’ black-and-gold Batman logo t-shirts were absolutely everywhere that summer, and the ‘cool’ factor extended to seeing the movie. Playing with an E.T. hockey stick or wearing an E.T. t-shirt connected you to the most beloved money making film of all time, and a young third grader could bring his three-inch Boba Fett action figure to class for Show & Tell, connecting him to a movie franchise so beloved that six poorly-received subsequent films have been unable to extinguish the love and mystique it’s culture has surrounded itself with. Having licensed property merch made you part of a tribe, showing others you had a special connection to a cool thing they likely did not have.

Tribal mystique was not, however, translatable to the Atari videogame. You couldn’t show your game to friends at school without lugging around an inconveniently weighted TV set, VCS and power source to show. And if you brought your buddies home, they’d sit bored while you moved E.T. around and swore at the FBI Agent for stealing stuff for the ten-thousandth time.

Second, functionality was an issue as well. A lunchbox with Superman’s image on it had only to be a hinged plastic box that could hold a sandwich, apple, thermos and a small box of raisins to be a successful lunchbox. A t-shirt just had to cover the top-half of a person of specific body size to be a successful t-shirt. An action figure had to reasonably resemble its subject to be a successful action figure. But for a video game to be successful requires much, much more. It has to entertain its player and have replay value, and a game that didn’t do that became a fifty-dollar plastic paperweight, no matter what its pixels tried to look like.

Occasionally, a licensed game like Parker Bros. Empire Strikes Back got it right. Empire kept you coming back to blast Imperial walkers again and again, dodging shots and strategizing if you should take a repair now or save it until you were in real trouble, all in an effort to take down one more bad guy than you did last time. By contrast, Texas Chainsaw Massacre just had its player moving side to side and occasionally hitting the fire button. Bleh. Many other licensed games had the same issues of poor gameplay, and game magazines of the day like JoyStik made certain that word-of-review got to marketplace gamers where word-of-mouth couldn’t, undermining the best marketing campaigns that Atari and other companies could unleash. Games that weren’t fun to play languished in warehouses…and eventually in landfills. And even when they didn’t…

Returnability and price points were other reasons licensing didn’t even get to keep the money it made.  A $5 bill on a plastic lunchbox that snapped or a shirt that didn’t fit would get tossed or repurposed, since taking it back to the store for a refund would often be deemed more trouble than it was worth. But games that could cost thirty, forty, sometimes eighty dollars each? Most suburban families in the 80s didn’t have that kind of money to piss in the radiator, and you can bet they’d take it back for a refund if the game was crap.

With its frustratingly difficult challenge level, clunky graphics and near zero replay value, E.T. and its ilk illustrated what companies like Data Age and U.S. Games had already learned through their bankruptcy proceedings: that even in the era of 4k gaming, success or failure depended solely on the merits of a game as a game, rather than the popularity of its marketing. Good games like Empire Strikes Back delivered hours of fun to players and oodles of money into creators’ pockets. Poor games like E.T. became financial millstones around their company’s necks, no matter what picture was on the gamebox cover.

John McNichol was born in Toronto, Canada at the dawn of the Swinging 70s...which explains why he's such a fan of the Big 80s! He loves reading, writing, playing his old Atari games, and hanging out with his wife and seven children when he can. Today, He is a proud U.S. citizen who lives and teaches High School in the Dallas/Fort Worth area. He also loves meaty Lasagnas, loaded pizzas, and killing time for three or more hours at a stretch at the local Barnes & Noble. He's ok with pineapple on pizza, but hates broccoli. Hates it. Still.