Moritz on the Autobahn – Moritz has arrived on the Amstrad CPC 128k!

Moritz has certainly made an appearance in a lot of ZX Spectrum games throughout our speccy write ups on Indie Retro News, he’s been in Moritz Strikes Back, Moritz 48k, Moritz to the Moon, and yes even the the most recent of games, Moritz on the Autobahn. So what else can Moritz star in? Well after also making an appearance on the CPC in Moritz the Striker of which we featured in May, he’s yet again going back to the Amstrad CPC, but this time in the brand new release of Moritz on the Autobahn! 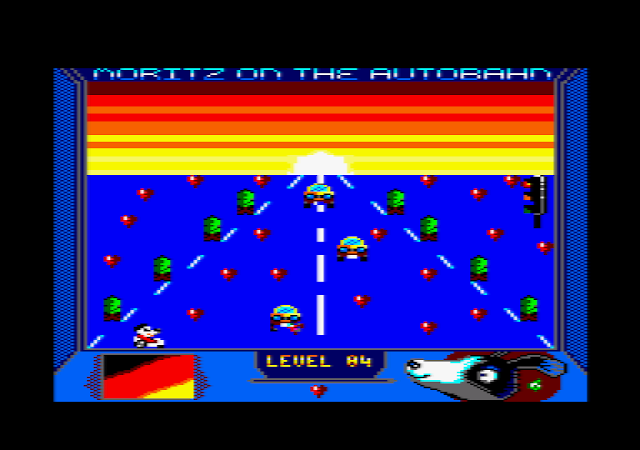 When Florinthedwarf played and reviewed the ZX Spectrum of this game he said that Moritz on the Autobahn is a lot of fun – looks great and has a lot of nice touches, not least the music and some great art – the loading screen is fantastic and you’re also treated to a great ‘game over’ screen. While we haven’t played the Amstrad version however, rest assured if it is anything like the ZX Spectrum version, it’s sure to be equally enjoyable!

Links :1) Source – Thanks XeNoMoRPH for the heads up!