Symphony Orchestra Performs the Most Beloved Music and Songs from METAL GEAR! The official concert US Premiere in New York and Los Angeles!

The official METAL GEAR orchestral concert series will premiere in the US in 2019, starting in New York (March 23) before moving to Los Angeles (April 6). The concert will feature more than 70 musicians on stage, including METAL GEAR singer Donna Burke, and HD footage from the game will be projected on a giant screen in perfect sync with the music. Reviving the most memorable moments of the game, the concert will feature the best music from the METAL GEAR Solid games, with background music (BGM) like the “Main Theme,” “Encounter,” “Father and Son,” not to forget memorable songs such as “The Best is Yet to Come,” “Snake Eater,” and “Heavens Divide,” which will be sung live by Donna Burke. 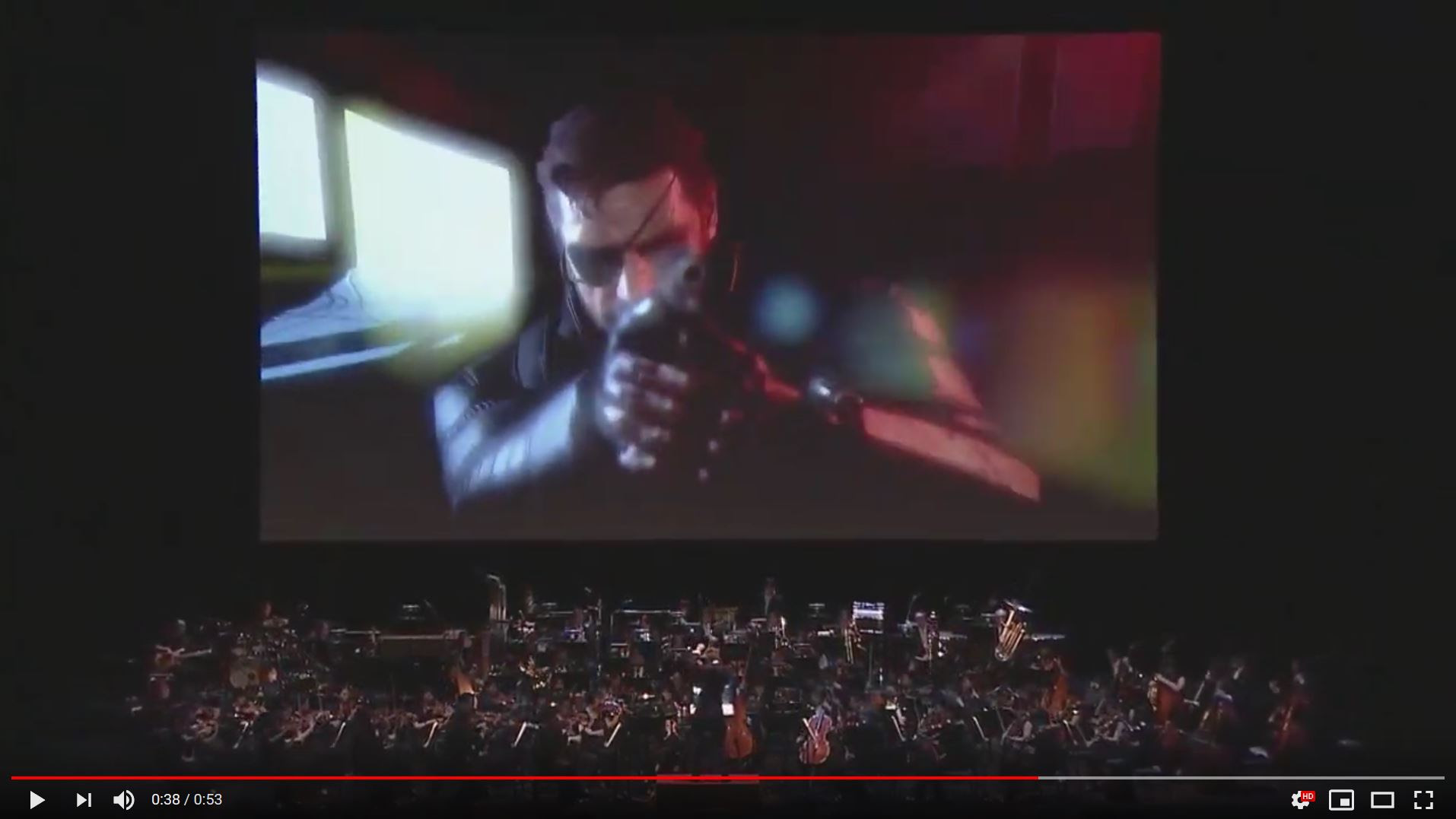 Beloved by millions of fans, the video game series has sold more than 50 million units worldwide over the 30 years since its release. A particular breakout success since the “Metal Gear Solid” instalment that was released on PlayStation in 1998, the series’ popularity continued to soar up to the release of the fifth main episode “Metal Gear Solid V: The Phantom Pain” on PlayStation IV in 2015, the top-selling METAL GEAR game of all time. Setting the standard for action-adventure stealth video games, it mainly revolves around the now-legendary character of Solid Snake and his nemesis Big Boss, who are both working to infiltrate and take down an evil organization that poses a threat to the world. Known for its extreme attention to detail and complex and elaborate plotlines, and the entire series is considered both a defining point and a milestone in video-game history. See the official METAL GEAR concert premiere in the USA for the first time ever! 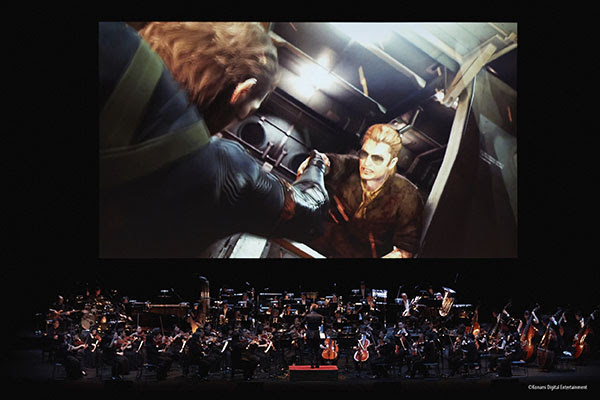 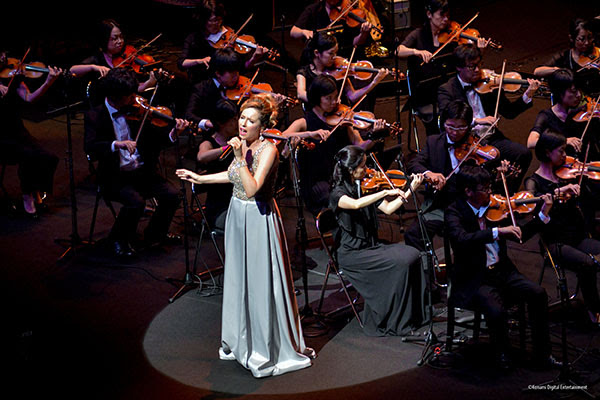 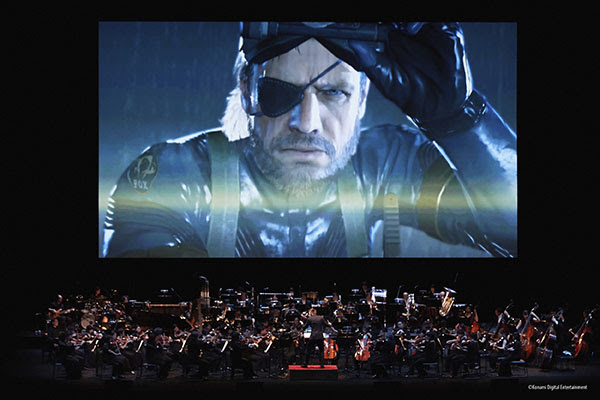 Tickets are now available at www.ticketfly.com for both show.

Donna Burke is an Australian singer, actress and lyricist, famous for her work in various Game and Anime, who has lived in Tokyo since 1996. She first came to prominence as an actress in Konami’s Silent Hill 2, (Angela) and 3 (Claudia). Then in 2010 Metal Gear Solid Peace Walker brought players to tears with  Donna’s beautiful rendition of the theme song “When Heaven’s Divide”. Donna voiced the iDroid character in Ground Zeroes in 2013 and for the subsequent The Phantom Pain. In 2015, the full version of the explosive “Sins of the Father” was finally heard in it’s entirety, a song that had haunted fans since it’s partial release at E3 in 2013. In 2015, Donna recorded covers for the Metal Gear Solid Vocal Album, including Snake Eater, Can’t say Goodbye to Yesterday, The Best is Yet to Come, Love’s Theme and Quiet’s Theme. In 2016 she formed Ganime Jazz, a jazz quintet in Tokyo, taking her songs to a more intimate, immediate setting for fans to enjoy. Donna’s voice is now an iconic one for Metal Gear fans, and she is humbled and delighted to be able to sing the songs of Metal Gear in Concert, live on stage, for fans around the world.

Nicholas Buc is a composer, conductor & arranger. He studied Composition with Brenton Broadstock and Dr. Stuart Greenbaum at the University of Melbourne, where he received the inaugural Fellowship of Australian Composers Award. As the recipient of the Brian May Scholarship for Australian film composers, he recently completed a Master’s degree in Scoring for Film and Multimedia at New York University, receiving the Elmer Bernstein Award for Film Scoring. Continuing his passion for music and film, he has conducted Disney’s Pixar In Concert, Star Trek, E.T., Harry Potter and the Philosopher’s Stone, Back To The Future, Raiders of the Lost Ark, Psycho and Star Trek: The Ultimate Voyage. He has conducted all of the major Australian symphony orchestras as well as the Minnesota Orchestra, Milwaukee Symphony and the Hong Kong, Malaysian, Tokyo, Osaka and Taipei Philharmonic orchestras. Nicholas is regularly commissioned and some of his works have been premiered by the Royal Melbourne Philharmonic Orchestra and Choir, The Australian Voices, the Melbourne Chamber Orchestra, the Benaud Trio and Concordis Chamber Choir. He has also written for film and television, with some of his work being screened at festivals and theatres around Australia, Asia and the US. In 2007 he was nominated for “Best Original Song Composed for the Screen” in the APRA-AGSC Screen Music Awards, and in 2015 was a winning finalist of the NYU Film Scoring Competition.

Established in France in 2012, La Fée Sauvage is a licensed music concert producer and worldwide promoter. Our main office is in Paris with branches in the US (the Wild Faery Company), Hong Kong (Sound of Faeries), and Singapore (Faeries of the East). We operate international-level concert halls in numerous countries (France, UK, Belgium, Sweden, Denmark, Hong Kong, China, Taiwan, Korea, US, Mexico, Brazil, etc.) in collaboration with major orchestras, licensors, and artists. Our primary focus is orchestra music concerts that revolve around Japanese animation, Hollywood movies, and Japanese video games.