Ambermoon Advanced – A new unofficial extension and remake to a great Amiga RPG gets a release!

We’ve featured Ambermoon many times now on Indie Retro News from the updated Amiga version, to the open source remake which can be downloaded to your home PC. Both versions give you hours worth of enjoyment of an incredible 90’s RPG that not only featured 3D graphics that were considered revolutionary for the Amiga, but it also had high-quality graphics, a large number of enemies and cities and more. Well today’s news is yet again pretty special for those of you who loved played this classic game, as not only has Pyrdacor has released a new version 1.4 of the Ambermoon remake, but it also includes a brand new extension called Ambermoon Advanced! 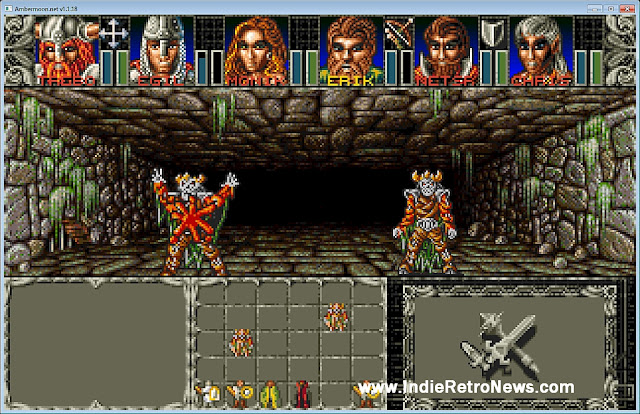 While you can still download the original Ambermoon for the Amiga with better performance in 3D areas, lots of bug fixes, text improvements and much much more that’s linked below, this latest release which isn’t just a PC remake of this fabulous RPG, but included within is an Advanced mod for the Ambermoon which features new content like places, quests, NPCs and so on. Although we haven’t had the chance to play the remake or the extension, rest assured if you love RPG’s you’ll love playing Ambermoon on your home computer!