With one day left for 2021 and something I’ve personally not done on Indie Retro News before, I thought it was about time I also did an Indie Retro News game of the year award for the C64 with the winner being announced at some point on Jan 1st 2022. Yes we may get some new C64 games released in December but for the most part many of these games below will probably be the highlight for 2021. Below is just some of the games we’ve featured that are available in the list for YOU to vote for! 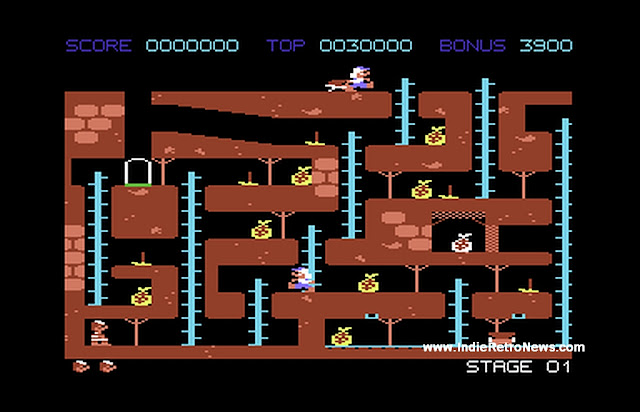 We’ve certainly had our fair share of Arcade games mentioned on Indie Retro News this year so far, from Tapper, to Puzzle Bobble, and yes even Space Invaders. But another game has just caught our attention and worthy of a mention on IRN, and it’s LC-Games latest homage to the 1980’s ‘Bagman’ called ‘Bagman Comes Back’; a C64 game that’s available to download through the itch.io website as a version that is made up of 8 completely new stages. (LINK) 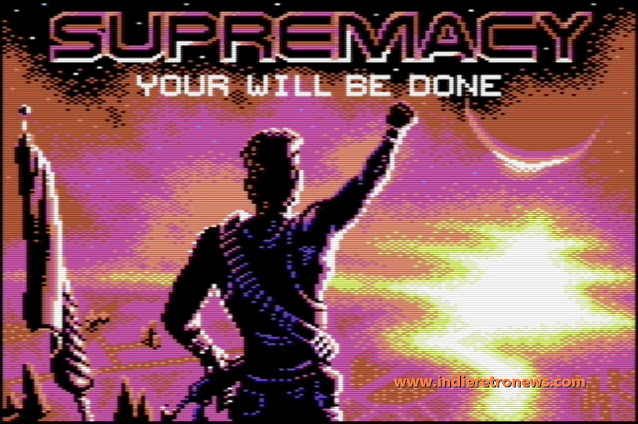 The excess team behind international karate’s ultimate, lemmings and speedball ultimate, with code by Knight Rider, graphics by Domingo(Almighty God), Zsolt(zscs), Ste’86 and idea and direction from Alex(der Retroluzzer) are behind this awesome release. As Supremacy Enhanced features not just a number of handy trainers, but this version of the game also features mouse support, an animated pixelated intro from the Amiga version, pixelated armor from the training screen thanks to the coding of Domingo, pixelated Starbase animation and space ships from the shop screen, as well as the weapons from the training screen thanks to Zsolt, improvements to the battle screen and much much more you’ll just have to experience for yourselves. (LINK) 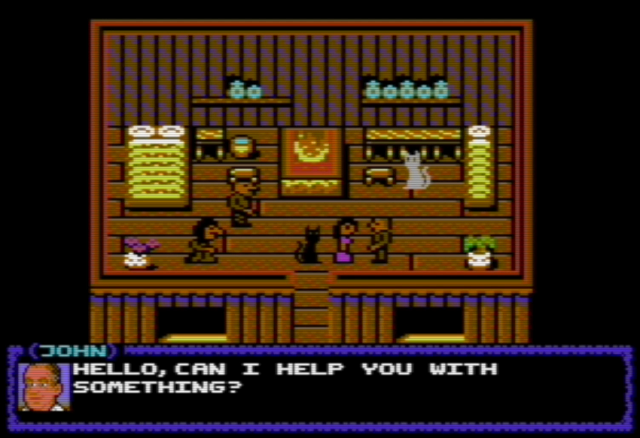 Briley Witch from Sarah Jane Avory is a game that I’m sure many of you owning a C64 or emulator will enjoy. Not only can you mix potions in your very own cauldron, but you can talk to people, watch cutscenes, spend lots of time with your pet cat, fight in a turn based combat system, traverse through hours and hours worth of gameplay and immersive yourself in a Japanese inspired RPG from such a talented game developer . So if this sounds like your sort of RPG fun, then head on over to the website below and check it out. (LINK) 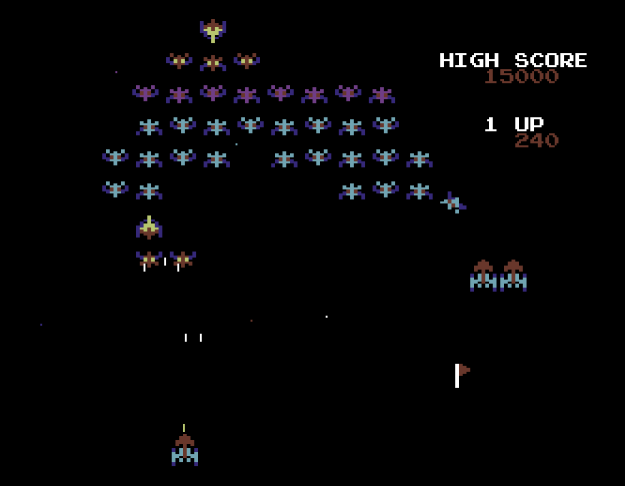 Galaxian has appeared on Indie Retro News a few times over the years, especially as it is one particular Arcade classic that homebrew developers love making clones of with special effects and bonus power ups added. Well this time we are going back to the original hit from 1979, as Arlasoft has yanked the retro shoot em up classic over to the C64 with all the nostalgia intact such as the sound effects and animated enemy waves. (LINK) 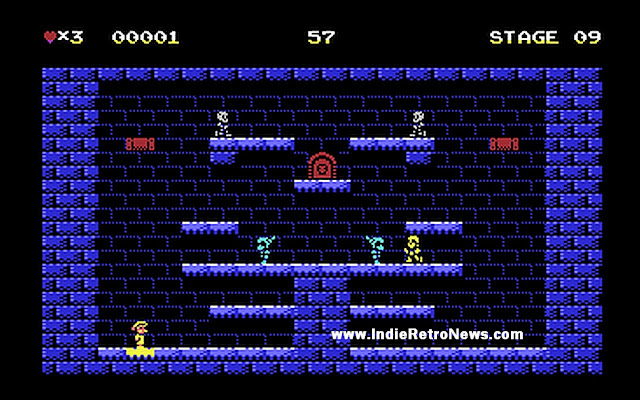 Another great heads up for our Indie Retro News readers, as we’ve recently been told by Saberman that the previously released game of ‘ Night Knight ‘ which was created for the MSX by Juan J. Martinez, is now available for all to enjoy as a digital download for the C64 by Aris Kavalos. This game of which we have featured a number of times before, is a very enjoyable arcade platformer that has been ported over to the C64 much to the delight of the retro community. (LINK) 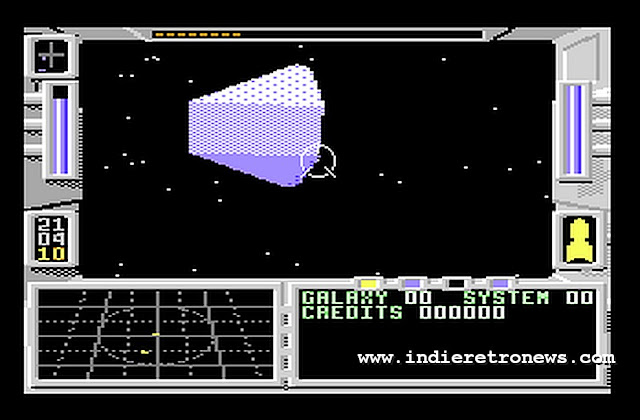 With the amount of platformers and shoot ’em ups we’ve featured on Indie Retro News, you’d probably think this game would be another one to add to a long list of games following that typical genre. But worry not C64 owners! As thanks to a heads up via Saberman, we’ve been told drmortalwombat has released the rather interesting game of Gates of the Ancient; a fully polygon 3D explorational game with battles and looting on your trusty old C64….. Elite anyone? 😉 (LINK) 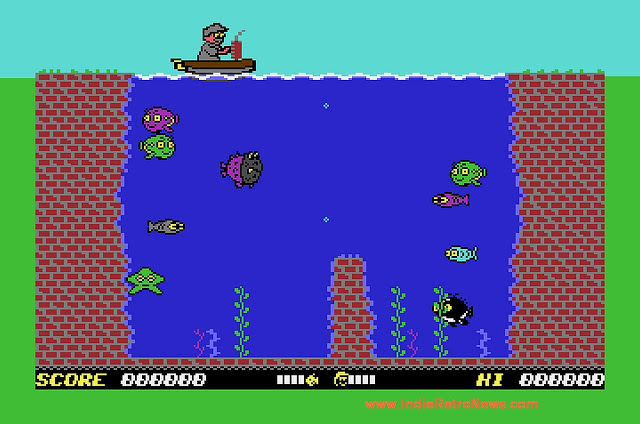 As we said before, in August of last year we mentioned the rather enjoyable game ‘Freaky Fish DX’; A game that was an enhanced version of the 2018 game, which was noted as a deluxe update of the 2018 14th place Reset64 4k Craptastic competition version. It featured a completely rewritten game engine, new graphics, bonus levels, original music and more all designed by Design Chaos. Well we’ve got some great news for today, as Chris Page@chrx has contacted us to tell you all that Freaky Fish DX Ultimate Digital Edition has been released for the C64. (LINK) 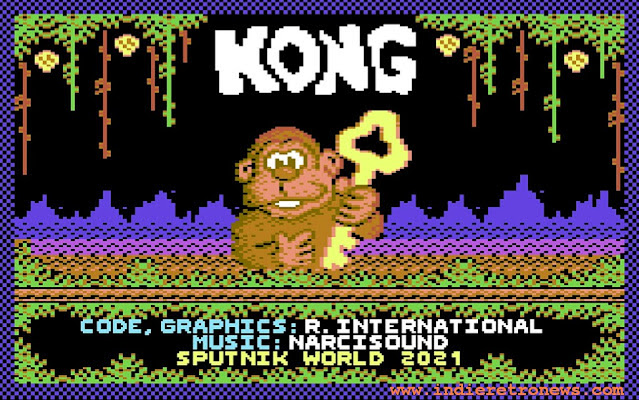 Welcome to Donkey Kong Junior, originally released in 1982 for Arcades and later released for home systems such as the Atari 2600, Atari 7800, Atari 8-bit , ColecoVision, Coleco Adam, Intellivision, NES and BBC Micro, with a C64 overhauled version released by Mr Sid at the end 2014. In this game you play as Donkey Kong Junior and must rescue your father Donkey Kong who has been imprisoned by Mario in his only appearance as an antagonist in a video game. A sequel to the hit classic, you can now play Sputnik World’s version, which is a C64 recreation of the Panorama Game & Watch originally released in 1983. (LINK) 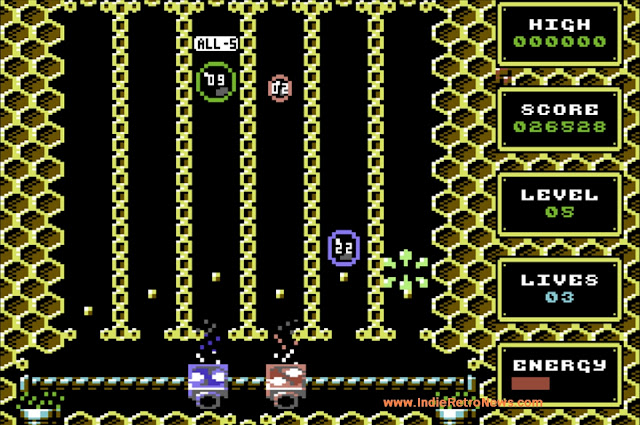 Designed and coded by Emiliano Paglia, graphics, music and sound by Saul Cross, with box art by Ten Chu, Don’t Break The Balls is an up to 2 player game, in which controlling a fan, you need to blow the bubbles up and prevent them from bursting while also keeping an eye on your energy levels or the fan will stop working and you wont be able to blow those bubbles! The main game features 30 levels of great two player duel and co-op fun, with full joystick and paddle support via Cartridge, Floppy or Digital Download through Double Sided Games! (LINK) 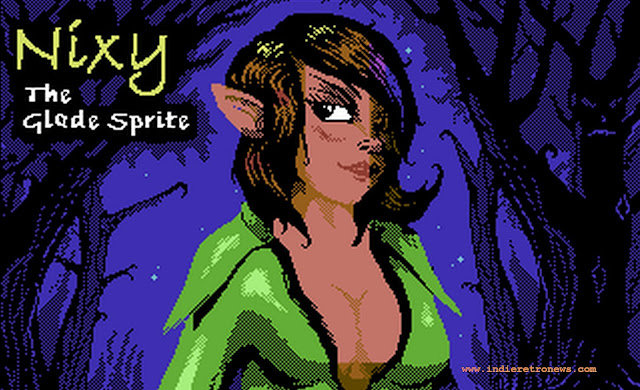 Coded by Anthony Savva, Art and Concept by Andy Johns, Music and SFX by Kamil Wolnikowski and John Blythe for the original Speccy loading screen. Nixy the Glade Sprite is sure to be a great game on the C64, as if it’s anything like the Speccy version, will have great animation, comfortable controls, fantastic level design, dangerous enemies and much much more. So yes if you really want to play this fine release, either check out the digital download below or the collectors edition which is available as a pre-order. (LINK)

And that’s just a small selection of great games we’ve been able to play throughout 2021, but as for what game you think should win the C64 Game of the Year Award for 2021, make sure to hit the link below and vote! – Good luck to the entries, it’s going to be a tough one to call 🙂