Our friends at ININ Games will once again grace the SLG Partner Store space, offering limited editions on pre-order of the fast-paced action brawler JITSU SQUAD by dev Tanuki Creative Studio! Having started out as a Kickstarter that met its goal in just under 24 hours, JITSU SQUAD is a hugely anticipated title. Jitsu Squad is a fast-paced fighting game inspired by old-school brawlers from the 90s, paired with the exciting style of modern beat ‘em ups that remains true to the age-old rule: easy to learn, hard to master. Control the entire Jitsu Squad in single-player mode, play with up to 4 people in local couch co-op, or use the Tag Team Mode to save the galaxy from Origami’s evil plans. 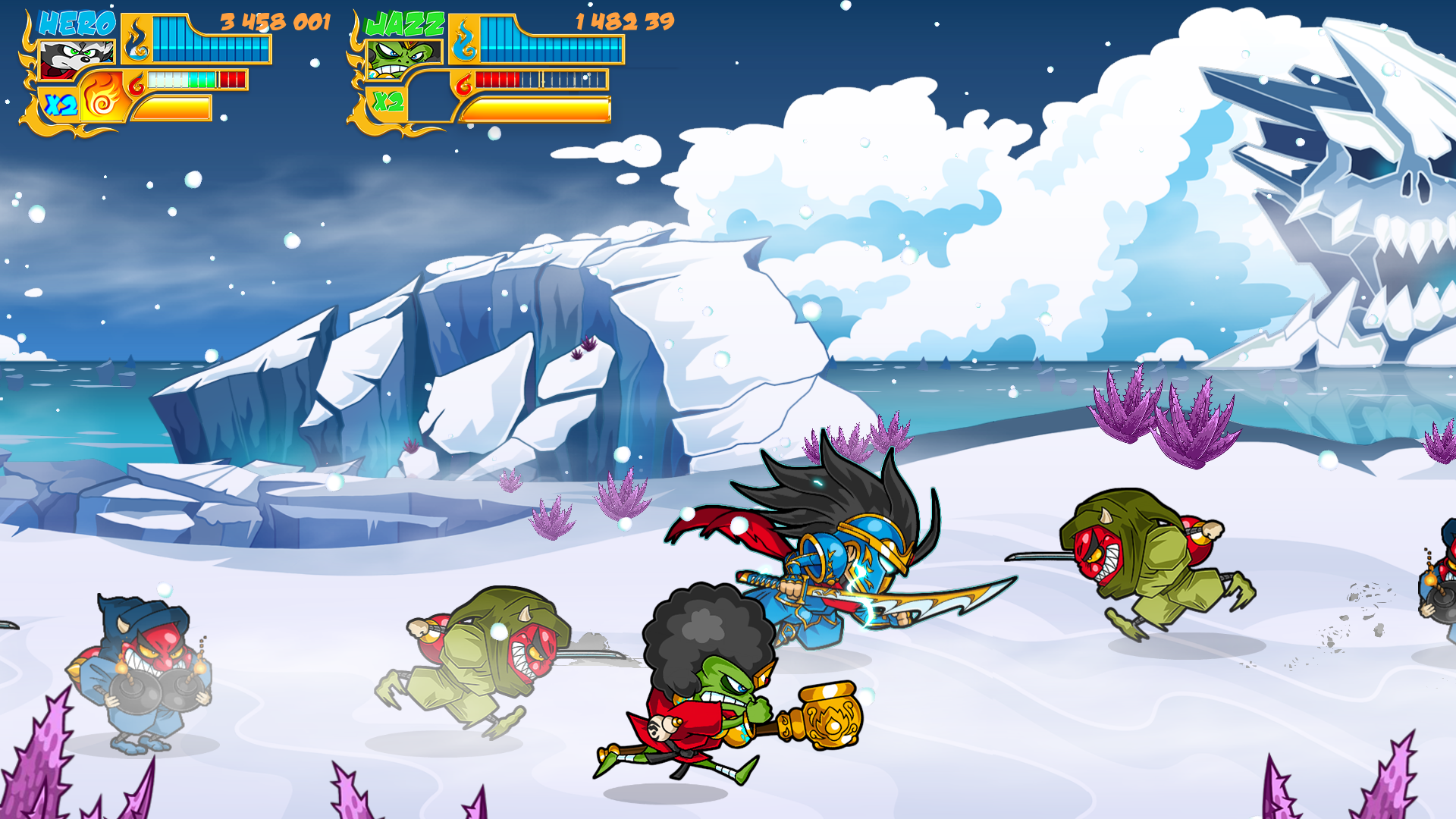 A few familiar faces will join in the Jitsu Squad fighting fun, courtesy of Playtonic Games and the creator of the most prominent fighting game YouTube channel out there…

That’s right! Both Yooka-Laylee and Maximilian Dood /w Benny will be available as assist fighters to call upon for help in Jitsu Squad battle! Maximilian also provided voice-over for his appearance, shouting his famous battle cry…

Todd Friedman is currently a writer for Old School Gamer Magazine and the Walter Day Trading Card Collection. He is the author of 2 books and has co-promoted the Video Game Summit for the last 15 years. Todd is also the Chairman of the Nomination Committee and board member for the International Video Game Hall of Fame.