Remember when we gave you the heads up that the Ultimate Play the Game’s famous classic Atic Atac, was not only being remade for the PC, ZX Spectrum Next and ZX Spectrum 128k? Well there’s great news for this very early hour, as after checking their tweeter feed recently, we’ve found out that as if you’ve been looking forward to playing the inspirational remake of Melkhior’s Mansion by BitGlint Games, you can now play the full Windows version, with the ZX Spectrum NEXT version coming soon as it’s still in development! 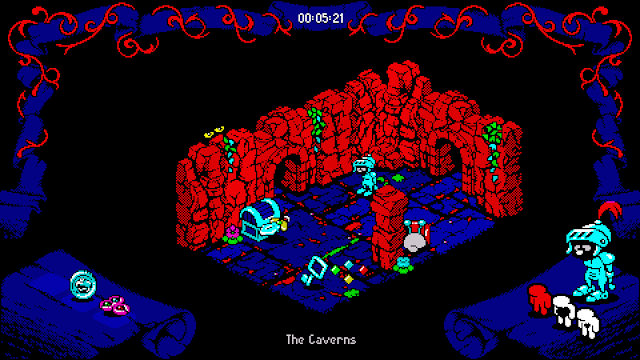 Ultimate Play the Game released so many incredible titles in the 80’s but this version of Atic Atac, which is an inspiration of a game originally released in 83, not only looks like an impressive game indeed especially for the PC and ZX NEXT(later) featuring many different levels, enemies, and speccy like detail, but when you do get the chance to play it, will agree it is certainly a damn fine game indeed. So yes this is one game I’ll be loading up later today when I get the chance!